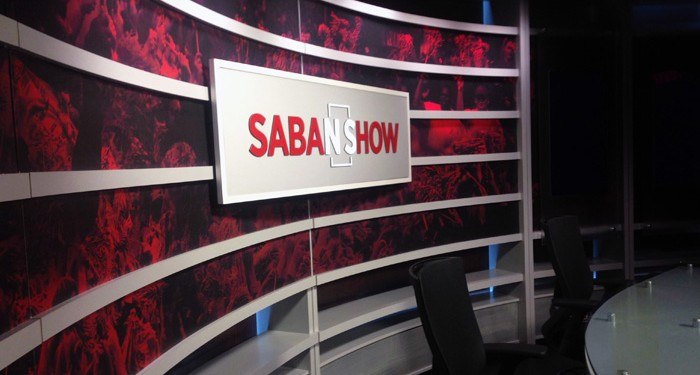 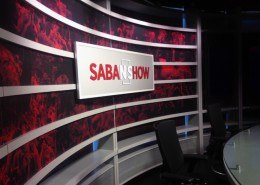 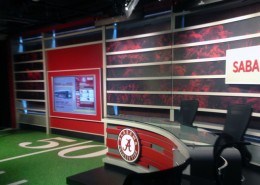 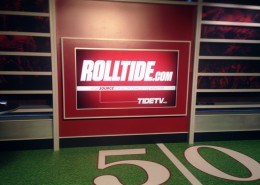 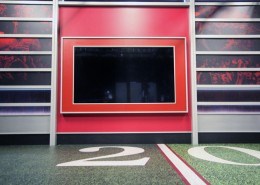 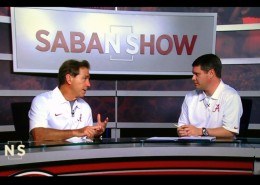 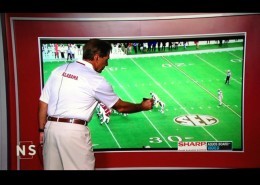 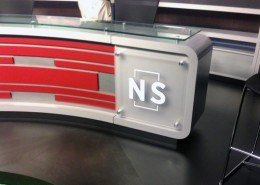 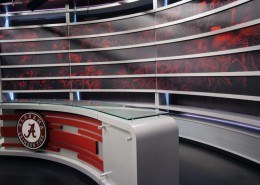 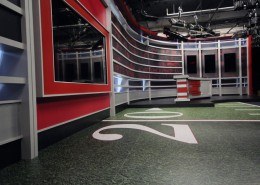 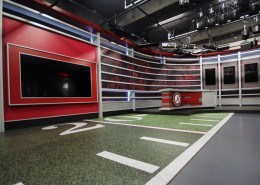 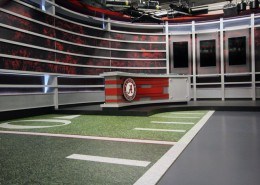 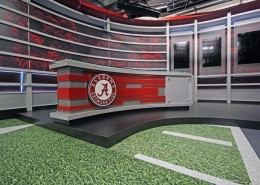 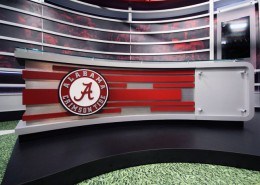 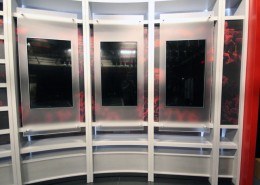 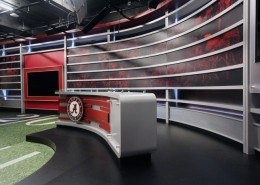 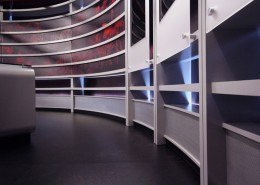 The Athletic department for the 17 time National Championship winning football team of the University of Alabama selected Birmingham’s Method-1 Interiors, a division of ExpoDisplays to create, build, and install the stunning television studio set for the Saban Show. The 30 minute Nick Saban show airs on major affiliates across Alabama and the Southeast on Sunday evenings.

The studio set features an oversized custom desk for the Crimson Tide’s head coach to sit behind while guiding the fans through the football season. To feature highlights from the game, the set is built around three 42″ flat screen TVs as well as an 80″ interactive touch screen to discuss play by plays. The set also features an extensive floor graphic of the playing field. Changeable graphics are also highlighted on the set. The set is punctuated with the signature Crimson color, game scenes, graphic letters and contemporary metal accents.

The studio set is used for all TideTv productions. It is multipurpose and will change seasonally. A basketball court floor graphic will be used in the winter and a baseball diamond graphic will be added for the spring.